Grilled cheese connoisseurs unite: April is National Grilled Cheese Month, and we have the answer to your cheesy cravings! The Big Cheeze Food Truck is a gourmet grilled cheese food truck that serves the Columbia, Jefferson City, and surrounding areas. The traveling restaurant creates a schedule each week and posts it to their social media, so if you have a grilled cheese hankering, be sure to check out their Facebook, Instagram, and Twitter to see where they’ll be next! Popular stops include Mizzou’s campus and various locations across Columbia and Jefferson City.

Gourmet Grilled Cheese for All

Why grilled cheese? The Big Cheeze started out making grilled cheese because “it is a comfort food loved by many,” says Angela McFarland, the food truck’s PR and Marketing coordinator. But The Big Cheeze takes comfort food to a whole new level with their cheesy creations. One of their most popular sandwiches is the ‘Pig Mac’, a sandwich with smoked pulled pork, caramelized onions, mac and cheese, bbq sauce, swiss and pepper jack cheese all on fresh baked sourdough bread. Among The Big Cheeze’s popular menu items are delicacies like their Reuben and Philly Cheesesteak sandwiches. The food truck also serves cheesy breakfast creations like the B.E.C., a breakfast grilled cheese with pepper jack, swiss, applewood bacon, and fresh egg. Recently, Big Cheeze chefs Larry Norvell and Mario Wright have started creating monthly specials, which McFarland says has been a fun way to keep things exciting. The Philly Cheesesteak is a special that has quickly become a staple due to its popularity. 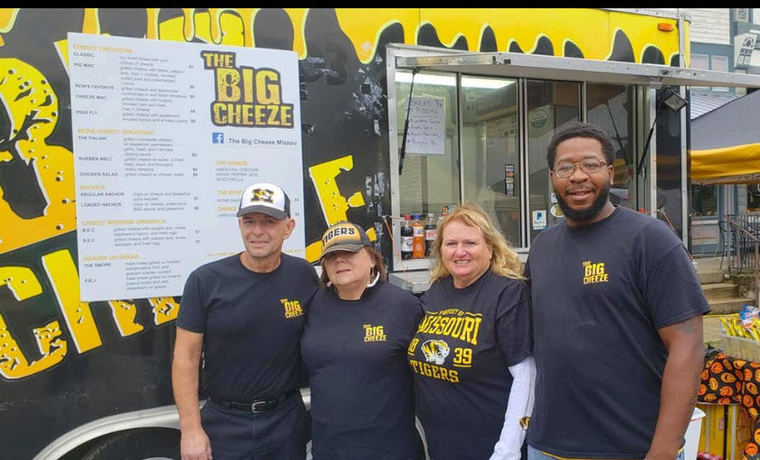 Make lunchtime a celebration this month with The Big Cheeze! If you are a student or work in the Columbia area, chances are the Big Cheeze will be around at least once a week. Speaker’s Circle is a routine stop during the week, so if you’re hungry between classes, grab a Pig Mac, Reuben, or the Loaded Nachos. Other weekly stops include Capital Regional Medical Center in Jefferson City, Hitt Street near Mizzou’s campus, Logboat Brewing Co., and more. To see where The Big Cheeze will be next, check out their schedule on their social media. The Big Cheeze also attends most local festivals, including popular events such as Roots n Blues music festival and Harrisburg Pumpkin Festival. The menu and atmosphere of The Big Cheeze is very family friendly, so if you have little ones, it’s a great spot to grab a meal that will satisfy everyone!

Get your Grilled Cheese Fix with The Big Cheeze!

If you aren’t craving a grilled cheese by now, you must have some serious willpower. We’re not that disciplined, so you can find us celebrating National Grilled Cheese Month with some homemade, cheesy goodness at The Big Cheeze food truck. See their schedule online and ring in April with a gourmet grilled cheese! 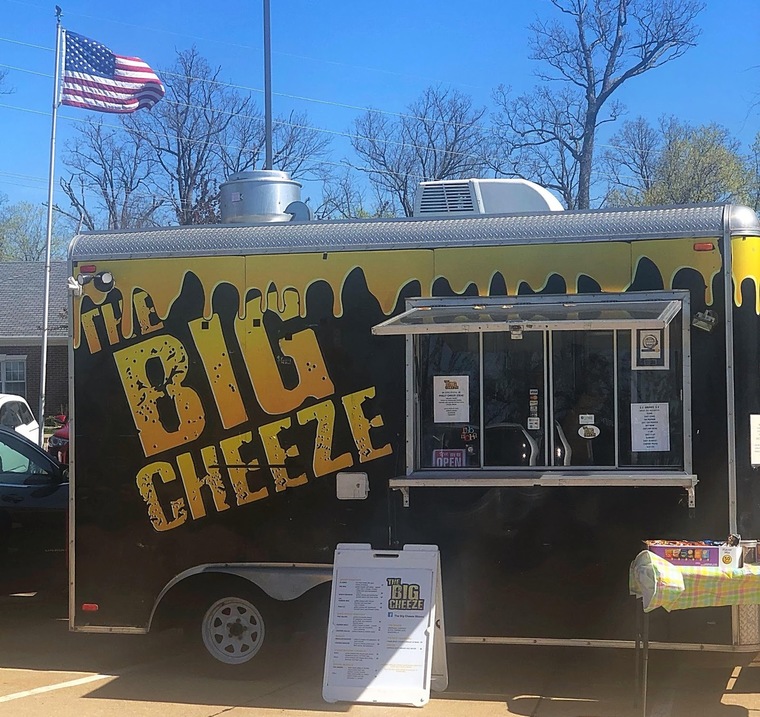