An Ode to the Toasted Ravioli on March 20th

We have Belgium to thank for french fries, Italy for Nutella and Saint Louis for creating the toasted ravioli, affectionately nicknamed the T-Rav. By toasted, Saint Louis really meant deep fried but that didn’t have the same ring to it. If you are unfamiliar with this dish, here’s the gist: a square of pasta dough is filled with varying types of meat and cheese, breaded and deep fried. The dish is typically sprinkled with fresh parmesan cheese and served with a side of marinara sauce. Residing predominantly on the appetizer portion of a menu, the T-Rav is easy to share and easy to love. 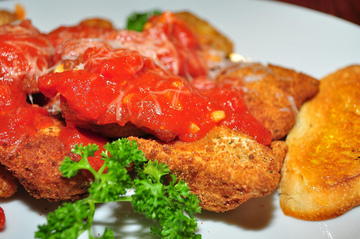 The History of the T-Rav: A Tale of Two Fryers

Just like many famous inventions, there have been many debates over who can truly say they stumbled upon this harmonious blend of carbs and cheese. Although there is no hard evidence, there are eye-witnesses who have come forward to confirm the true victor. But just like most feuds, there are always two sides to the story.

One side favors with Mickey Garagiola, waiter at Oldani’s (present day Mama Campisi’s) in the 1940s. Garagiola recalled a chef at Oldani’s accidentally dropping a ravioli in the fryer while cooking. Rather than overlooking this mistake, the Oldani’s capitalized on it by sprinkling some parmesan on the compromised raviolis and serving them to Mickey and other members of the staff. The result was an outpouring of praise for the beloved “meat pillows.” Owner Lou Oldani from there on made the dish a staple on his menu.

Angelo’s Pasta House (now Charlie Gitto’s), the other front- runner in this flavorful dispute, has a similar story to tell as to how the T-Rav came to life. A German cook at the time, who had not quite mastered his English, was instructed to “drop some raviolis.” Misunderstanding the instructions given to him, the cook put them into a sizzling fryer instead of boiling water. The staff loved the accidental dish so much, it was quickly added to the menu.

The two present day restaurants still both claim to be the birthplace of the T-rav. In conclusion, we can agree to disagree and thank The Hill for giving us such a well-loved dish, no matter its origins. 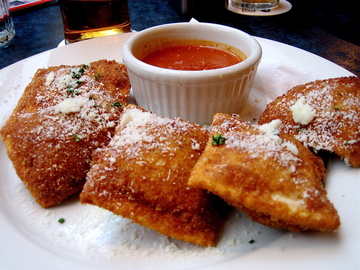 Where to Find Toasted Ravioli in Columbia, Mo

Although we have no stake in the claim of being the origins for such a wonderful discovery, we still have a lot to offer on this front.

Gumby’s Pizza: A late night favorite for many, there is more to Gumby’s than their pokey sticks and clay-fusions. Gumby’s also serves the toasted ravioli. The well-seasoned crust is thick and crunchy which is a nice introduction to the soft and cheesy middle.

Sidebar Pop Ups: Found serving late night food to bars around Columbia, Mo as well as frequent visits to the Columbia, Mo Farmers Market, sidebar specializes in Italian food. Hard to find but worth the experience, they receive high praise for their freshly made t-ravs.

The Heidelberg: “The Berg” is a Mizzou favorite when it comes to downtown hangouts. They serve a generous amount of t-rav, making them easy to share even though you probably won’t want to.

Shiloh Bar and Grill: Their menu pays tribute to this being a favored Saint Louis dish. Bite sized and served hot, pair this with your favorite beer for happy hour.

Looking to make your own toasted raviolis to commemorate this day? Check out some of these recipes: 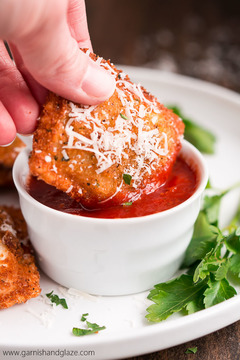