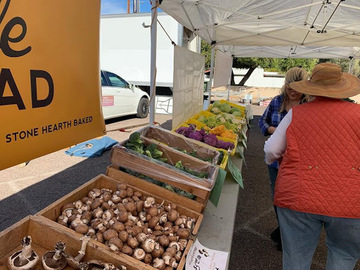 The History of The Veggie Patch

The Veggie Patch has been providing locally grown produce for mid-Missouri for over 20 years. The Veggie Patch was established in 1995, and originally started out as a Future Farmers of America (FFA) project. The project began as a small plot in the FFA family’s backyard in Glasgow, MO. As the project took off, additional plots were needed to produce a larger quantity and variety of produce so they began renting neighbors plots that were within walking distance.

Today, the business is owned and operated by Jim & Paula Thies, Deanna Thies, and Jermyn & Jana Porter. They run a 7-acre farm east of Boone County where they have as many as three crop turnovers in a growing season. 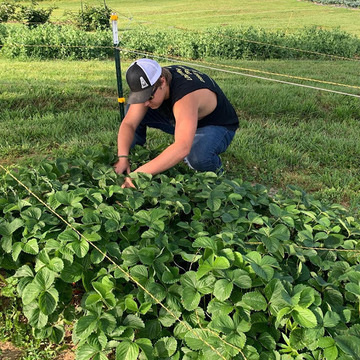 Find the Veggie Patch at the Farmers Market

Three year old Owen is a smiling face ready to welcome you at the farmers market and make sure that all produce is up to standard. Their business is guided by two core values: appearance and variety. When visiting their vendor booth, it isn't uncommon to find over 20 different types of produce for sale. Customers have even described this as the best one-stop-shop for local produce. While they pride themselves on offering a wide selection of vegetables, their specialties are heirlooms varieties including tomatoes, winter squash, pumpkins and eggplants. If you are wondering what produce they have before you head over to the farmers market checkout their facebook page where they update what they are bringing to market that week. Past selling produce, they also love being able to engage with their customers through informing them about their produce and their growing process. 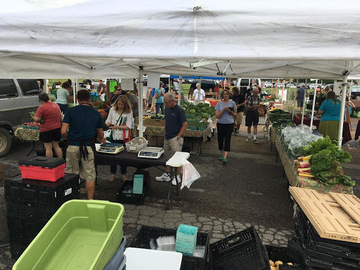 Get Veggie Patch Produce Delivered to Your Door

The Veggie Patch is also a part of the Community Supported Agriculture (CSA) program, which allows consumers to buy their products in bulk. Buying a subscription allows you to receive a box containing a variety of produce weekly that can be picked up at the Columbia Farmers Market on Saturdays.  Their CSA season runs from March to October with each month having a different list of produce available. In July their harvest calendar includes Blueberries, Cucumbers (Slicer, Burpless, & Picklers), Green Beans, Peppers (Banana, Bell & Hot), Eggplant (Classic, Oriental, & Heirloom), Onions, Summer Squash (Lebanese Zucchini, Zucchini, Patty Pan, & Yellow ), Sweet Corn, Tomatoes (Heirloom, Cherry, & Slicers). The purchasing options are either a small share at $550 for 24 weeks (10- 12 lbs/week) enough to feed two adults. Or a large share at $1100 for 24 weeks (20-25 lbs/week) enough to feed four to six adults. That's about $23 a week to feed two people fresh local produce, I’m not sure how you beat that!  If you have any questions or would like to enroll in a CSA, please contact Jim Thies at 573-228-5002 or by e-mail at [email protected] 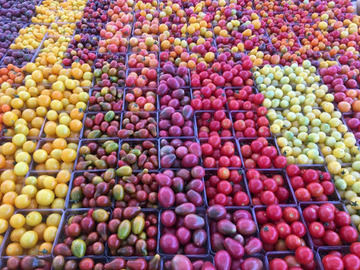 Want to know when to catch The Veggie Patch at the CoMo Farmers Market? Check out the schedule below.