As we entered the bright purple, open air bar and distillery, we were greeted by the sounds of whirring machinery and the smell of freshly fermented alcohol. Owner, Van Hawxby was busy labeling whiskey bottles by hand and checking the proof of the whiskey with their hydrometer. 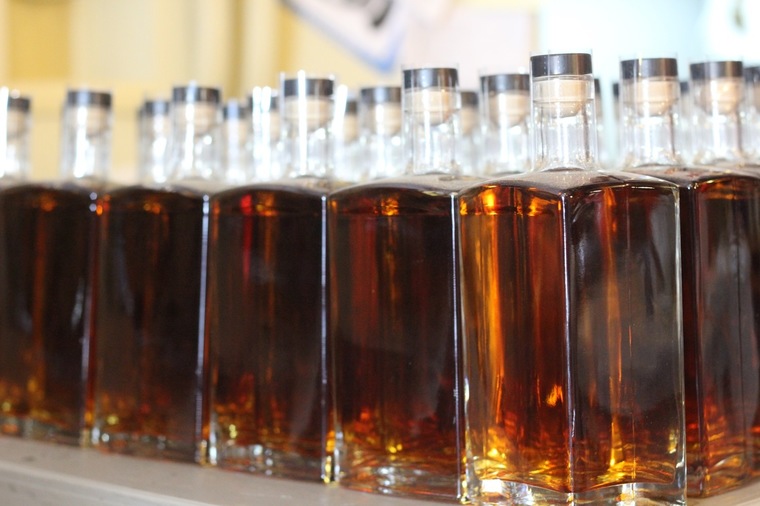 Hawxby, the owner of DogMaster Distillery, was originally involved in sales promotion. He always had a passion for selling products but desired to do it for himself instead of someone else. A self-taught distiller, he attended workshops and conferences to learn about the process. He found that those already involved were willing to help him get started. After years of exposure and saturating himself in the spirits industry, he opened DogMaster in 2014 and fulfilled his goal of promoting his own brand.

Hawxby realizes the market he is working with is large but Dogmaster, the first concept of its kind in Columbia, is totally unique and DogMaster’s passion is a driving force behind its success so far.

“It’s a huge market,” says Hawxby. “What's really interesting about the whiskey market is that there are nine companies worldwide that own 90 percent of the world's whiskey. So you know, I'm just a speck on the wall. But there are a lot of us specks out there and we are becoming a force to be reckoned with.”

The name DogMaster has always been a part of Hawxby, from the wild, rowdy beginnings of college with his buddies. When everyone but one of his friends went out, that gave the rest of the group full permission to call the “responsible one” a DogMaster.

“It’s a fun term, it’s alliterative, it’s memorable, so purely for marketing purposes. That’s why I chose that. People remember it, they do,” Hawxby said.

DogMaster currently distils three whiskeys, two rums and a vodka. They are working on a gin.

Locally sourced products are used as much as possible, from the barrels used to store the spirits to ingredients mixed in the cocktails.

When it comes to the barrels, they source them from Higbee, Missouri. Hawxby notes that approximately 90 percent of the wood used to make bourbon barrels is actually sourced from Missouri. The barrels are branded with the DogMaster logo and are charred to give the bourbon and whiskey a full flavor profile. The barrels for the rum are finished with a special blend of toasted oak chips. 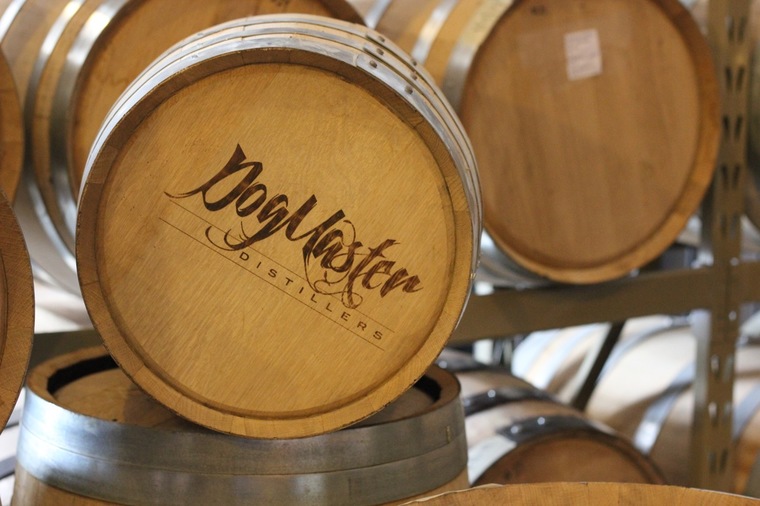 “We use brand new barrels for the bourbon but also for the whiskey, so it imparts a lot of oakiness on the product,” says Hawxby.

White oak has a unique and very desirable profile of flavors and the wood itself has a tight knit grain. Hawby notes that this seals up nicely and creates a sturdy barrel to hold all of DogMaster’s products in as they finish off for bottling. Once they are bottled, the glass is wrapped in the signature DogMaster logo and colorful design specific to their line of six spirits.

From there, Hawxby shifts from craft distiller to craft cocktail creator at the bar. 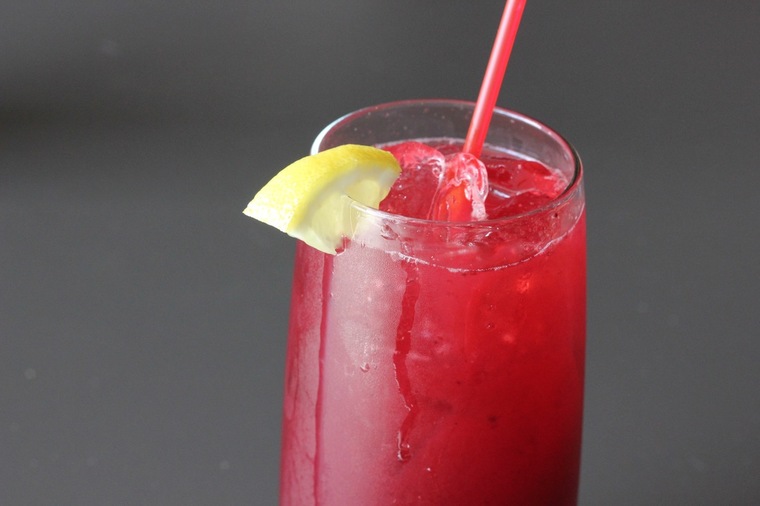 Blackberry Bourbon Lemonade: The lemonade is purchased and a house-made blackberry syrup is added to DogMaster bourbon and a squeeze of lemon and lime juices finishes it off.

It’s a favorite because: The lemonade brings out a certain complexity from the bourbon. You will taste a bright and oaky flavor along with the freshness of the lemon and berry. 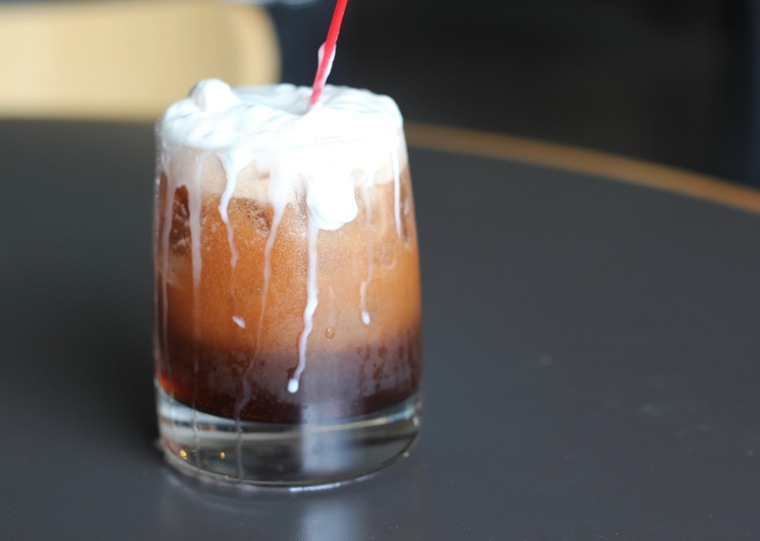 Root Beer Float: Remember those little candies shaped like root beer barrels you loved as a kid? Yeah, DogMaster takes those, crushes them in a food processor and combines them with DogMaster vodka, Coke and whipped cream.

It’s a favorite because: It tastes like your childhood. DogMaster encourages you to play with your food so mix it up (literally) and savor this adult root beer float-y goodness. 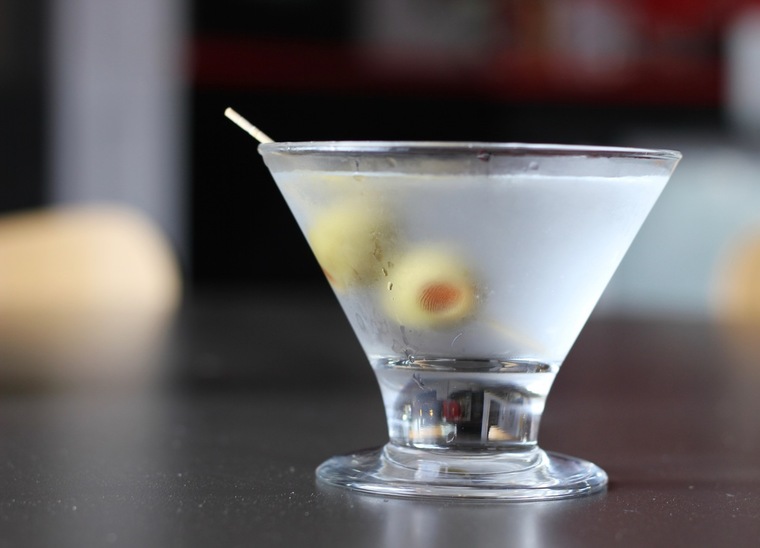 Dry Vodka Martini: This is just your typical vodka cocktail. Vermouth, DogMaster vodka and a garnish of a pearl onion and an olive complete the simple classic.

It’s a favorite because: While DogMaster’s main clientele aren't avid martini drinkers, this one is as smooth as it gets because it’s made well from good stuff. In the summer, garnishes switch to fresh items from the farmer’s market. Customers will find that on the martini and other cocktails as well.

DogMaster is focused on well-made, simple, cocktails with minimal ingredients that people can make at home if they chose to dedicate the time to do so. For those that want a bottle to go, they sell their bottles straight from behind the bar and of course, they mix up cocktails in-house for those who would rather leave it to the pros.

DogMaster spirits are also sold at Hy-Vee, Macadoodles, Schnucks, Lucky’s, Craft Beer Cellar and Arena Liquor. They are currently getting behind bars in Columbia and are also expanding retail sales to other areas of central MO and Kansas City.

Happy hour happens on Tuesdays and Wednesdays and features $2 off cocktails. Tuesdays are also trivia nights. Everyone is encouraged to come out and have a cocktail and a good time.

DogMaster Distillery is located in the Columbia Arts District at 210 St. James St., and business hours are Tuesday through Saturday, 4 p.m.- 10 p.m.