April 7th is National Beer Day. The best holiday of the year for avid beer drinkers and a reason to celebrate in general, we visited International Tap House and spoke to Jonathan Whitaker to get his take on, well, beer. Whitaker is a Level One Cicerone Certified Beer Server-needless to say, he knows his brews.

We can all thank President Franklin Roosevelt, who coined the saying, "I think this would be a good time for a beer" On April 7, 1933. On that day, the Cullen-Harrison Act was signed, allowing the legal sale of beer to once again flow freely in the United States.

Whitaker suggested a list of beers for both seasoned beer drinkers and beer- tasting beginners. 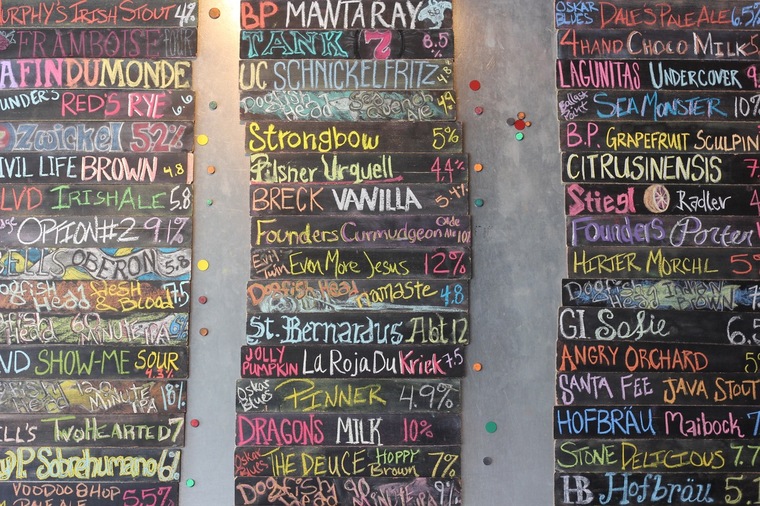 Of course, you know the hot spots for beer if you're a local and avid beer drinker or you’ve checked them out before. We will remind you though, just in case.

Michigan: Founders Brewing Co. - KBS Imperial (Kentucky Breakfast Stout). “If you are in the know, you’ve probably snagged some of this by now,” says Whitaker. The Founders site describes it as a “stout brewed with a massive amount of coffee and chocolates, then cave-aged in oak bourbon barrels for an entire year to make sure wonderful bourbon undertones come through in the finish.”

Delaware: Dogfish Head Craft Brewery- You can currently “fish” for this line of brews in 30 U.S. states plus Washington D.C. Stop by ITap to taste one of their beers (or all three)! The 60, 90 and 120-minute brews are named according to how long the hops are boiled.

Belgian - St. Bernardus Abt 12 - One of the original recipes from the days of license-brewing for the Trappist monks of Westvleteren 10% ABV

German - Hofbräu Maibock By tradition, the first barrel of Maibock is tapped in the Hofbräuhaus in the last week of April, in time for the merry month of May. The success story of Munich's oldest bock beer goes back as far as 1614. This beer is very seasonal and has some history. 7.2% ABV