By Rachel Green
On Saturday, June 17, over 30 chefs from popular Columbia restaurants attended the Savory Summer Kickoff at Bur Oak Brewing Company. The event, Hosted by Serve It Up CoMO 2017, brought in over 350 hungry guests that had the opportunity to sample the best of Columbia's cooking.

Many of the chefs competed in six categories to win the cook-off competition. We talked to the six winners and learned more about how they got their start in cooking and what dishes they won with.

She has lived and worked in Columbia for about a year but has 10 years of previous experience cooking down south in Georgia. These Southern cooking roots immediately sparked inspiration for her to make her own twist on shrimp and grits when the Fresh Ideas team presented her with the idea of competing in the Savory Summer Kickoff.

Klosterman's dish was the winner of the Cajun category. It was a goat cheese sauce folded into grits. This made the grits and cheese combo smooth instead of adding a texture of chunks of cheese. The shrimp were marinated overnight in a garlic herb sauce and then sautéed with bacon and onions and of course, bacon fat. Dusted with Cajun seasoning, they were placed atop the grits and served to guests. 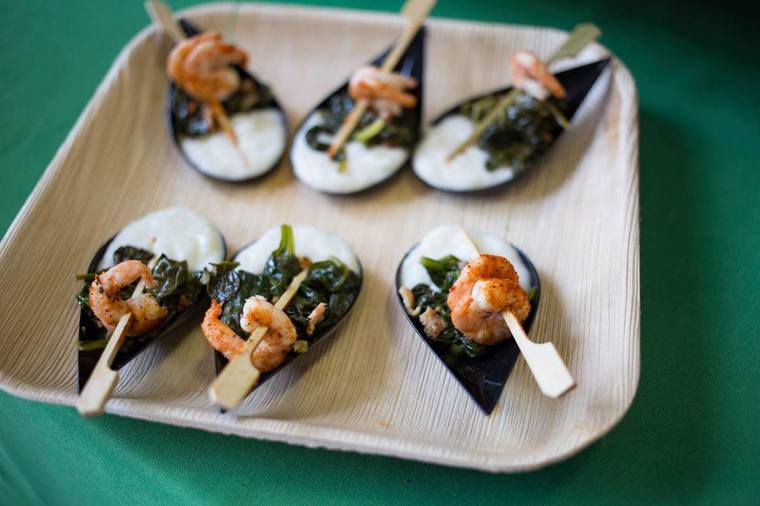 This yummy twist on shrimp and grits is available on Fresh Ideas' catering menu.

Chef Jamie Davis has been cooking in various restaurants in Columbia for 10 years after gaining experience in bigger cities like St. Louis and Chicago. Now a Café Berlin chef for about a year, Davis loves what the restaurant brings to Columbia and the overall impact it has on the community.

"It's good, honest, simple food sourced locally when possible," says Davis. Also, I really appreciate the fact that this restaurant has political and social values that align a lot with my own and we are able to voice that and let that be part of our identity here.”

Davis came up with his competition dish specifically for the Savory Summer Kickoff but says it aligns with what Café Berlin currently offers for many of their seasonal specials.

Davis' dish was the winner of the vegetarian category. It was a salad of local spring vegetables like carrots, radishes, and turnips with a beet and coffee puree, with pickled veggies, puffed grains and green curry. Although not all produce is from local farmers due to the high volume of food served at Café Berlin, a vast majority is from local growers. For this dish, Three Creek Farms and Pierpont Farms products were used. 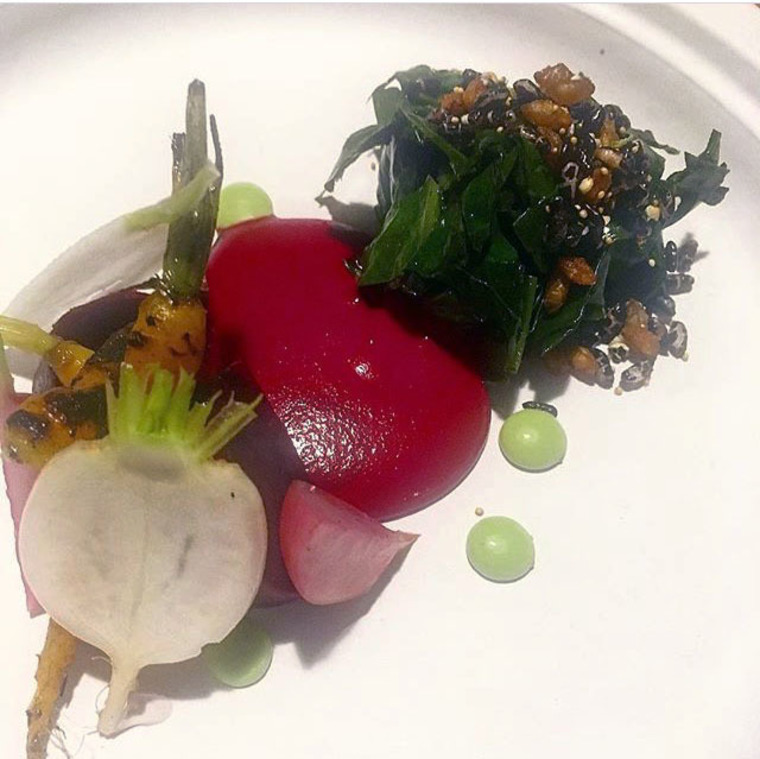 Chef Chris Wettengel loves cooking comfort food. Beginning his cooking career at the young age of 13 at a Mennonite buffet in Lincoln, MO, Wettengel has worked at Walnut Street Tap + Kitchen since they opened their doors a year ago.

Walnut Street serves up American fare with a New Mexican-style twist and they stuck true to the restaurant's theme by winning the Savory Summer Kickoff's Southwest and Latin category. 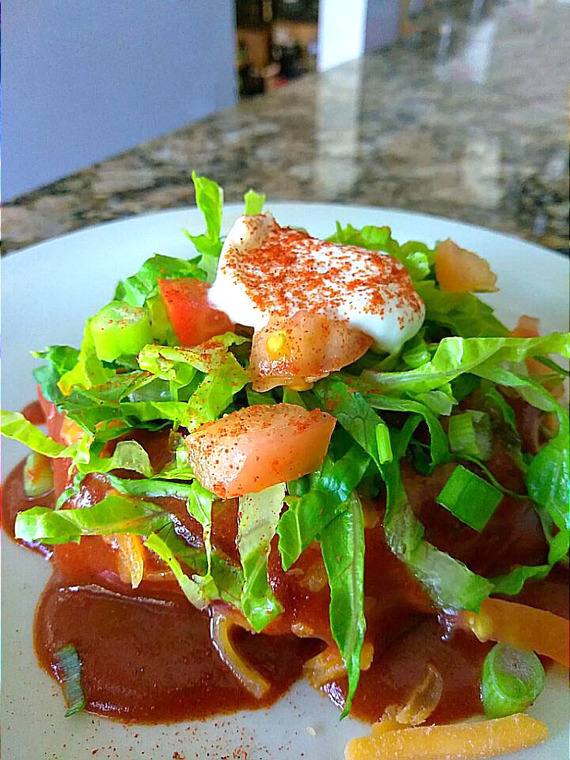 Chef Reed Crull has been cooking at University Club, MU's event services and premiere catering company, for 10 years. He teamed up with sauté chef, Ryan Young to create the winning dish for the European category of the Savory Summer Kickoff. Although the two chefs get to cook food from every region in the University Club kitchen, Spain was the inspiration for their entry dish. 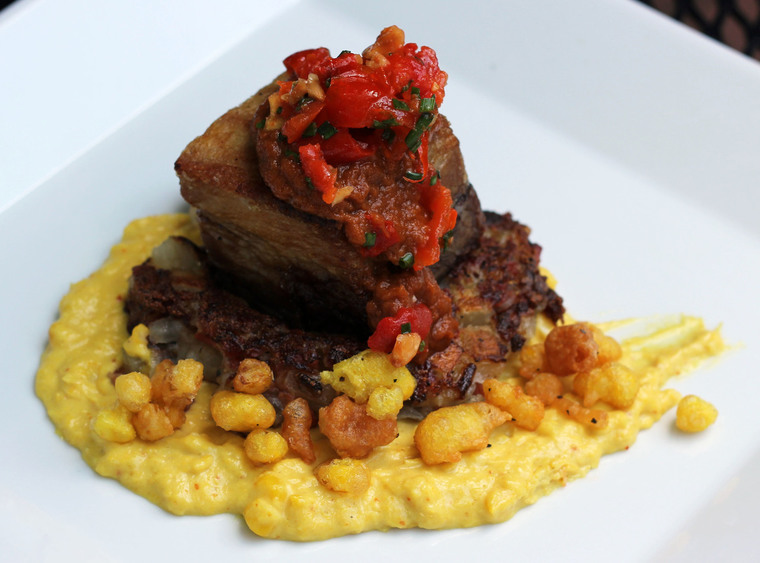 Jeremy Brown has had a passion for cooking since he was a child. He has held some form of restaurant job since age 15 and is now a part owner and chef at Addison's and Sophias.

While Sophia's is more entree based, the District located Addison's is famous for their great sandwiches. For the Savory Summer Kickoff, Brown created a totally new, off menu sandwich and won the American category of the competition.

Davis' dish was a prime rib sandwich with a lobster and brie spread smoked pickled onion, lettuce and tomato on Italian bread served with house made dill and malt vinegar lattice potato chips.

Chef Kitt Chompupong was born and raised in Thailand. Although he moved to America at age 14, he has traveled back many times and made it a personal goal to learn something new about Thai food with each trip.

These six chefs will compete in a final fundraising dinner competition November 10th at Mizzou Rec. Follow Serve It Up CoMO's Facebook page for more info and to follow the chefs, the charities they are paired with and this great campaign!
https://www.facebook.com/serveupcomo/